Let me guess the reason you are here. You visited your device’s browser, and without any initiation, you are being redirected to various advertising sites. The browser is loaded with lots of pop up ads, and no matter how many times you close them, they keep on appearing.

You are confused about what is happening with your device. Well, it has been infected with Adware. Don’t worry; this guide is just made for your device resue. In this, we would discuss what Adware is? How it enters your device and affects it? And finally, how to remove it permanently? Let us begin.

Adware or Advertising Software is a type of malicious program, which operates by showing frequent, irrelevant advertisements to the users in the form of Pop-Ups or redirections. It can also lead a user to enter unintended websites or download malicious files or software.

Moreover, it could also have data tracking ability. It can track and collect the browsing data of a user, such as search history, key-logs, saved passwords, and IP addresses.

Often, it is installed unintentionally by the users, which categorize it into Potentially Unwanted Program or Application.

How Adware enters your Android Phone?

Modern cybercriminals have several different tactics to introduce Adware on your phones. They always look for a maximum impact with minimum efforts. Let us look at some ways they use to infiltrate our devices.

Due to the immense popularity of Android phones, the Android app market is flourished with millions of applications. There are numerous app stores present on the internet. Cybercriminals take advantage of this. In the flood of millions of apps, many apps are introduced just to harm your devices. In fact, this is the most common method use by the criminals to launch malware programs to your phones.

Malvertising is a process of inserting malware in advertising networks and pop-ups to spread it across a broad target.

The ads appear on the applications and websites. In order to get a click, they usually contain a clickbait title. Once the ad gets clicked, the Adware gets installed instantly on the phone, mostly without the knowledge of the user.

It is another popular way to insert Adware into an Android phone. An intriguing mail is sent to the user, which contains a fake survey or mostly a fake reward message. Users are asked to click on a link for claiming their prize. Once the link got clicked, the user is trapped, and Adware gets entry into its device.

It may sound very absurd, but your phone can get infected with Adware by directly installing it into your device. There are groups of hackers who are mainly into this job. Whenever someone leaves their phone unattended, the hackers get the hold of them and install the Adware or other malware into their phones. However, such attacks are extremely targeted. Many high-profile individuals get attacked via this technique by their competitors.

How Adware affects you and your Android Phone?

Adware can be exceptionally irritating for you. It has a substantial negative impact on your phone too.

How to Remove Adware?

Now you know what Adware are and how they enter and affect your phone. Now we would discuss how to remove them.

If you have been infected with browser pop-up ads, then there is a possibility that your browser settings are compromised. However, you need not worry about it, because pop-ups can be removed easily by resetting the browser’s settings.

Even after following the above steps, you are still suffering from Ads; then, several anti-malware applications may help you.

MalwareFox is one of the top-rated anti-malware applications across every operating system. It provides you protection from every type of malware attacks such as Viruses, Adware, Spyware, Trojan, and others. The best thing about MalwareFox is, it provides your device with real-time protection without using much of the resources. 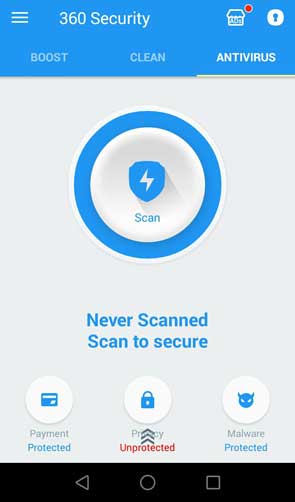 Another top anti-malware for Android devices. It is a complete package that provides not only security but also other options like deleting junk files, CPU cooler, Anti-theft, Speed Booster, Fingerprint lock.

How to Prevent Adware?

It is rightly said, prevention is better than cure. You won’t have to deal with the problems caused by Adware if you won’t let it enter your device. For that, you have to remember the following points.

(2) Always keep installed anti-malware on your phone. It is better to keep it installed in advance, rather than installing it after the attack.

(4) Do not fall for the tricky clickbait.

(5) Avoid opening the link attached to the email which guarantees you an award. They are mostly fake.

(6) Make sure that Play Protect is always enabled on Play Store.