With the evolution of internet usage in almost every sector of the world, its users have also gradually increased periodically. Naturally, online threats and cybercrimes have also grown along with that.

Although there are many options available for the users to keep their systems safe against the malware attacks, people are getting concerned whether these antiviruses or antimalware programs are legit or just another threat to their devices. Since there are lots and lots of options available, it is difficult to choose the better one that is safe and would provide complete security to the system.

Questions are raised even on one of the best in the anti-malware line – the Malwarebytes.

In this guide, we would discuss whether it is safe or a risky option to use as a security solution.

Let us get started.

Malwarebytes is an anti-malware program that is available for multiple platforms such as Windows, Android, iOS, and macOS.

Primarily, it is meant for finding out and deleting the malicious programs in the system such as viruses, trojans, browser hijackers, adware programs, pop up redirections, ransomware, and others. It is one of the top-rated anti-malware programs available across platforms. It has been awarded the Editor’s Choice Award of the best malware protection solution from CNET and PC Magazine. All in all, it is the most reputed name in the cybersecurity world.

When was Malwarebytes launched?

Where can you get Malwarebytes?

Malwarebytes is available to download on its official site. Apart from that, it is also available on the major security solution providing websites too. It is available in two variants – a free version and a paid version.

The free version comprises the primary options. It must be manually started by the users to scan and remove malicious software.

On the other hand, the paid version provides advanced options such as scheduled scans, automatically scan files when opened, scan only those services & programs that are currently in use, and block IP addresses of the malicious websites.

When a user installs Malwarebytes for the first time, the company provides a 14 day trial of the full version for their system.

Malwarebytes works by scanning in batch mode rather than scanning all files opened. This reduces the interference of any other on-demand anti-malware running in the system.

Malwarebytes: Is it worth the hype?

Till now, we know that Malwarebytes is an excellent anti-malware program that can keep your device safe from harmful external threats. However, it still cannot replace the traditional antivirus program. That is because instead of focusing on full, comprehensive protection against all kinds of Malware, Malwarebytes is designed to target the new online threats.

Though it is not free of cons, it provides a lot more pros comparatively. Have a look. 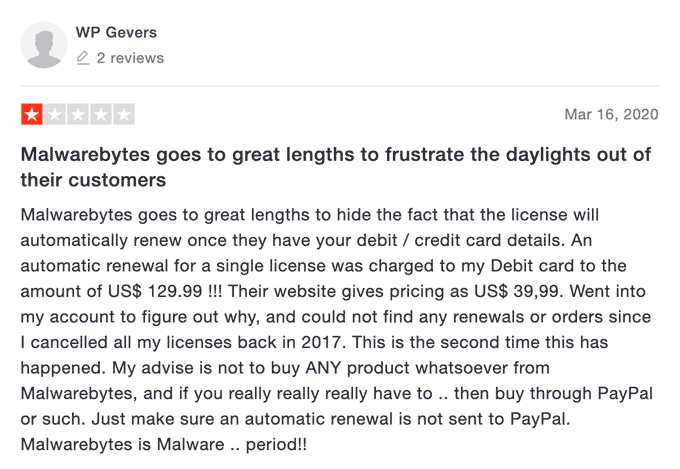 Other Benefits of Malwarebytes 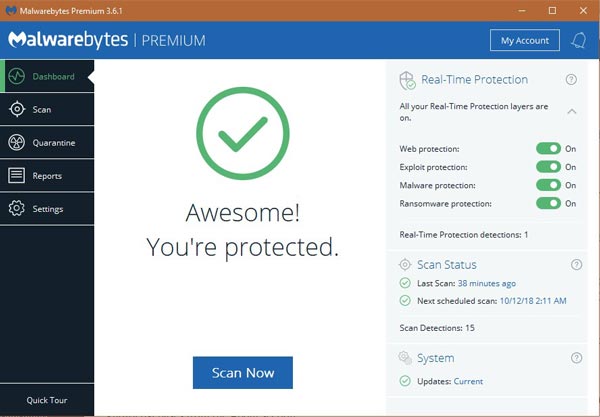 The main perks of having this antimalware program include its advanced toolkit and ease of use. Here are the details:

Malwarebytes uses the dedicated anti-rootkit, anti-spyware, and other dedicated technologies for a total safeguard from threats. Premium version users can also get the advantage of real-time protection and auto-scan feature to clean up the system.

Another great relief for Malwarebytes users is its state-of-the-art tools that prevent files from being encrypted and taken for ransom. Dedicated defense features can tackle both unknown and known ransomware.

For defense against the dangerous external attacks, it has four layers of defense that prevent malicious programs from taking over the system.

The Hyper Scan feature allows users to perform fast and efficient scans. They don’t need to worry about lengthy scans that force them to stop their work. They can happily run other tasks such as playing audio or video files, play computer games, or browse the internet while the scan is happening in the background.

One of its best features is the Browser Guard. If you are a frequent internet user, you might have to deal with annoying pop-ups, browser hijackers regularly. The fake and infected websites are also thoroughly dealt with. The antimalware monitors the web browsers to deal with malware downloads, irrelevant advertisements, and phishing or hacking attempts.

According to the developers, the Browser Guard also speeds up the page loading by up to four times. It is achieved by freeing the bandwidth by blocking irrelevant ads and other unnecessary content.

On February 2, 2016, Project Zero announced four significant vulnerabilities in the Malwarebytes anti-malware. For those who do not know, Project Zero is the team of security analysts, created and launched by Google on July 15, 2014. Its primary task is to find zero-day vulnerabilities around the web.

Project Zero pointed out that it lacks server-side encryption for updated files and also lacks proper payload signing within encrypted data. The combination of these two can be a significant threat because they allow an attacker to recompile the encrypted payloads with exploits.

However, one day before Project Zero revelation, Malwarebytes released a blog in which they describe in detail the extreme difficulties in performing those attacks.

They also mentioned that the server-side and encryption issues were solved immediately within a few days when Project Zero privately disclosed them the issue. The also announced that these issues are not in action at the time when Project Zero publish their research publicly.

It is worth mentioning that, according to the Project Zero policy, they give the accused company 90 days to fix the founded vulnerability before they go public.

In the article, Malwarebytes also posted information for the current users on how to their devices until a stable fix patch is released.

After this whole situation, Malwarebytes launched a bug bounty program that invites developers and programmers all over the world to find bugs and vulnerabilities in the Malwarebytes Anti-malware Program and get rewarded. The reward is up to $1000, depending on the severity and exploitability of the bug.

For checking the reliability of Malwarebytes, unfortunately, there are not many lab tests result available. The ones that are available date backs to 2015, which are almost irrelevant considering the frequency of rapid changes in the antivirus field.

However, in 2018, the AV-Comparatives conducted a test on 200 Android anti-malware or antivirus applications in which Malwarebytes was included too.

In this test, Malwarebytes was able to tackle 87% of the threats, which can be considered as a reasonably good result. Although 28 of those 200 applications managed to block 100% of those test threats. Malwarebytes overall came at the 58th place out of 200.

In the test results, it was mentioned that real-time protection is not the dominant feature of Malwarebytes; instead, it is excellent for the cleanup process.

Is it Risky to use Malwarebytes?

With such a feature-loaded application and a base of millions of users, is it worth questioning the Malwarebytes? Well, it is not we, but the users themselves questioning the antimalware.

In recent times many complaints have emerged against this security giant. However, it is also possible that people are downloading the fake version of the application.

The users do not have an iota of an idea that these applications are rigged, and they simply download and install them. They thus become a victim of a cyberattack and doubt the legit applications.

To conclude, Malwarebytes is a decent tool to keep your system safe against emerging online threats. Again it is recommended not to get tricked and get it from official or legitimate websites.