For people who want to use free antivirus suite, there are limited options. Although almost every cybersecurity company have free antivirus options, their features are limited. Most of them don’t even catch the threats in real-time. Since Avast Free Antivirus has the most advanced feature among other free security suites, people automatically choose it. Another option for them is using the Windows inbuilt antivirus the Windows Defender. Microsoft is enhancing its efficiency with every update; it provides better protection and doesn’t create any fuss. If you are confused between these two, then we are going to do a Windows Defender vs. Avast comparison. At the end of this article, you will know which one is better for your PC.

Windows Defender was first released as a separate spyware removal tool for Windows XP. Later Microsoft merged it with their Vista and Windows 7 operating system. At that time of it was practically nothing. However, since then, it has evolved as a full-featured antivirus suite. Microsoft dropped its Microsoft Security Essential and started using the Windows Defender in the Windows 8 and later versions. 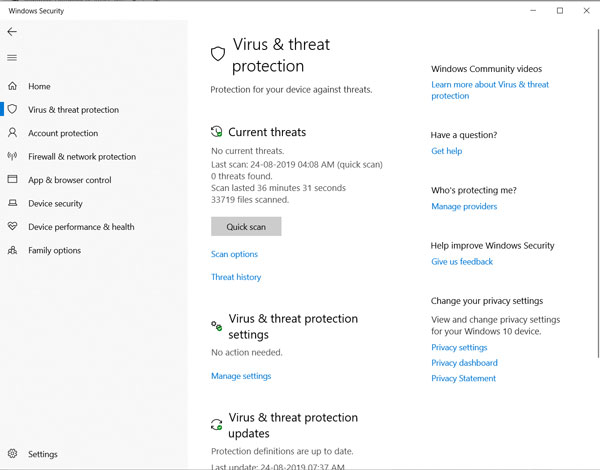 Not only this, but Windows Defender scored 6.0/6.0 in the performance score also. It also scored full marks in the usability test. All these tests are telling that Windows Defender is not the same anymore. It is fully capable of protecting your PC. When it comes to performance, then no one knows Windows better than the Microsoft engineer. So, there is no reason you should worry about performance reduction. The protection capability is telling the AV-Test score. So you can fully trust Windows Defender and its protection.

Avast Free Antivirus is created by Avast Software founded in 1988. They have several premium security software as well as the free one also. Their free security software is the most used antivirus out there. The free license validity is one year, but once it expires, you can renew it again. Also, its real-time protection not just catches threats but also examines the websites you are visiting. It checks the URL with the database and warns you about the harmful content on the site. There are several other features in this suite that makes it attractive. 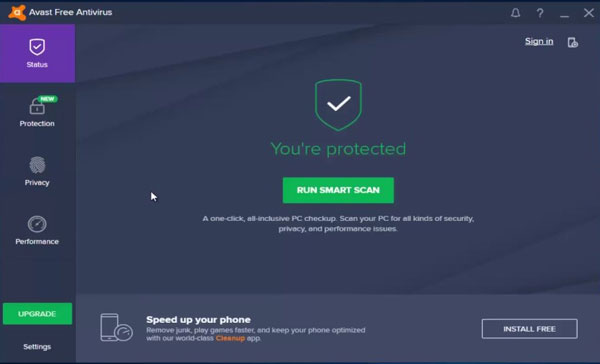 Feature alone is not going to protect you. It needs to be working. To test how much effective the Avast Free Antivirus protection is we will go again to AV-Test. In the May-June 2019 test, Avast Free Antivirus scored 5.5/6.0 in the protection test. They used 2428 samples of widespread know malware, and Avast blocked 99.9% in May and 100% in June. While in the 0-day malware real-life test 307 samples were used, and Avast blocked 100% May, but in June it was 97% which needs to be handled.

In the Performance and Usability test, Avast Free Antivirus scored full marks 6.0/6.0.  Now you know that Avast doesn’t put any impact on the performance of your PC. However, the pop-up notifications may ruin your computing experience. It keeps showing you pop-ups related to other Avast products as a promotional activity. You can block Avast pop-up notifications for a seamless experience.

Avast or Windows Defender, which one to choose?

Choosing Windows Defender over Avast has its advantage. It has better protection score. Microsoft Engineer coded it, so there is no reason to worry about performance reduction. It doesn’t bother you too much. Defender keeps running in the background doing its job. It will only show you the report when you choose it. However, you will miss some features like a booster, cleanup tool, password manager, secure browser, etc.

However, Avast Free Antivirus protection score is less than the Defender. Some of its features are useful, especially the password manager and wi-fi inspector. Though these features make it bulky and you could feel it if your PC has the low configuration. My last machine had 4GB of RAM and run on i3 processor, the day I removed the Avast Free Antivirus, it was a lot lighter. Now I am not using it on my new machine.

Earlier, you could have gone for Avast Free Antivirus, but now Windows Defender is better. You cannot choose a less capable antivirus over a better one. You should know that when you install a third-party security app in the Windows, Defender’s real-time protection is taken over by the new suite. So it is not like Windows Defender, and Avast both are guarding. There is only one post be it Defender or Avast.

Now you know the difference between these antiviruses. Windows Defender is no more a complementary tool. You can trust its protection capability. However, you need an alternative security suite for your PC. In case of Defender couldn’t defend you. You cannot give that job to Avast Free Antivirus that has already low protection score than Windows Defender. Apart from Ok protection score, Avast Free Antivirus is known for privacy concern also. If you use its secure browser, your search query and history could be shared to third-party clients. So you should concern a little bit more.

To cover the areas that Defender leave unprotected I would suggest using MalwareFox. It is a strong antimalware that is designed to catch modern computer threats. It effectively detects threats like ransomware, keyloggers, spyware, PUPs, browser hijackers, trojans, and rootkits. 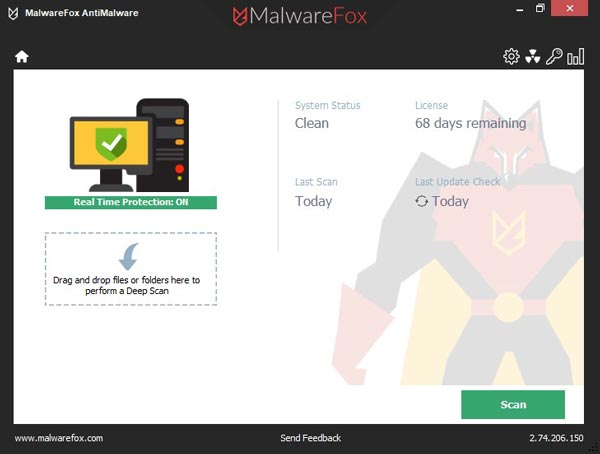 MalwareFox works on the heuristic approach to catch all these threats. It uses signature-based detection as well as behavioral analysis to identify bad codes. Things that lack Defender has MalwareFox and things that require MalwareFox has Defender. Both comply with each other and provide a better shield to your PC. MalwareFox comes with 14-days free trial; you can try it before switching.